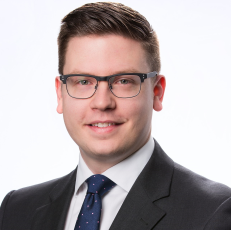 I am an academic economist and writer. I am currently working on the economics and political economy of blockchain as a Research Fellow in the RMIT Blockchain Innovation Hub in Australia. I study blockchain as a new type of economic infrastructure and the implications of this for the global economy.

My research has been published across economics, law and public policy in journals including Research Policy and the Harvard Negotiation Law Review. My latest books are Unfreeze: How to Create a High Growth Economy after the Pandemic (AIER, 2020) and Cryptodemocracy: How Blockchain Can Radically Expand Democratic Choice (Lexington, 2019).

My research is high impact. My papers on SSRN have been downloaded over 11,000 times and over 500 citations. My commentary and findings have appeared widely across the print and electronic media (including front page national coverage). I have appeared as an expert witness to provide evidence before a range of state and federal parliamentary inquiries on topics including the economics and regulation and criminal justice reform. I also sit on several editorial boards.

My PhD in economics was passed outright at RMIT University in 2017 and won the RMIT Prize for Research Excellence (Higher Degree by Research – Enterprise).